THE FAKE NEWS OF TINSELTOWN ON THE DIRTY STREETS OF BROADWAY 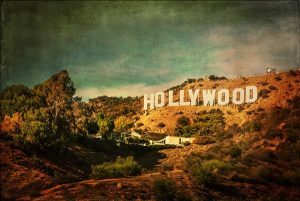 At the very same time that Hollywood mogul sexual predator Harvey Weinstein was recently said to have “owned the press” by his longtime Miramax screenwriter associate Scott Rosenberg, the American public was served an interview on the Ellen Degeneres Show with Jesus Campos, the very security guard who was shot in the leg through the door of Stephen Paddock’s large suite at the Mandalay Bay Hotel on the fateful night of October 1, 2017 where almost 60 people were massacred.  While nothing should be taken away from Campos himself who experienced the terrors of rapid gunfire, the way his testimony has been handled is pure theater.  Not only does Hollywood giant MGM have a strong business relationship with Ellen Degeneres, but it also owns the Mandalay Bay Casino Hotel as well.

While MGM has made movies galore, it has yet to cough up any film(s) that would certainly assist in exposing what transpired before, during, and after the Las Vegas massacre in the hotel itself.  Hotel casinos are loaded with surveillance cameras.  It is impossible for MGM not to have any film on Stephen Paddock during his very lengthy stay.  The longer such film evidence is controlled and withheld from public view, the more edited the film will become when (or if) it is finally released.

Not only did Campos bizarrely disappear for a week before being interviewed by Ellen Degeneres, but his side of the story seems to bring back the original timeline that police reports later repudiated.  Even more stunning, Degeneres stated that Campos would not be giving any more interviews.  Does this mean her show will be the only and exclusive interview Campos will ever give for the rest of his life?  If so, this seems to strongly suggest a very expensive agreement has been made between Campos and MGM?  Maybe MGM has plans to make a movie or documentary film on the Las Vegas massacre?  Perhaps then the truth of the massacre will be revealed, or at least Hollywood MGM’s version of the truth?

But then again, when was the last time Hollywood has really ever told the truth even with regard to their historical movies purportedly based on actual events?  Hollywood regularly uses artistic license that converts historical facts into something much more entertaining together with some political propaganda to boot that is very stealthy, if not subliminal at various points, but readily captures the imagination of the heart.  What’s more, if Hollywood cannot truthfully depict the past, then what about the accuracy of the daily news?

Many seem to forget that the news comes from huge networks like NBC, CBS, ABC, and MSNBC whose Broadway and Hollywood offices in New York and Los Angeles play no small role in disseminating what is considered news where the heartland of America is sandwiched in between both left coasts.  Even Fox News is run by 21st Century Fox – a Hollywood giant.  Worse, local TV stations take their cue from the national news.  Add on top of this the entertainment barrage after the news is over coupled with constant internet connections all day long, and what is left over are a lot of images without much content, thought, or context to explain those images.

Hollywood and/or Broadway have mixed up entertainment and art with news and politics so much that the idolatrous image has become more important than content or substance – which precludes any serious discussion about politics, life, philosophy, and religion.  Jonah Goldberg’s book on the Tyranny of Cliches encapsulates this crisis perfectly as many Americans cannot think beyond the political clichés which have been branded onto their hearts.  As such, all too many have increasingly confused fantasy with politics.  This in turn fuels great discontent and division as people’s fictional dreams and political fantasies, fanned by Hollywood’s artistic imagination, remain unfulfilled this side of the grave.

The bedazzlement of entertainment also explains why most cannot see through Tinseltown’s incredible hypocrisy that was literally laid bare with the lurid details of the Weinstein scandal.  Neither can one separate the sexual revolution of the 60’s from the sexploitation of women – a movement that Hollywood itself stands at the very foundations of.  Constant sexual imaging, so widespread today, does little to develop a thoughtful life beyond the rudiments of biology, body, and instincts.  Sexual images and news are virtually one in the same on the internet these days.

Financially, much of American Leftism has been underwritten by Hollywood with its virtually endless supply of corporate cash that essentially reduces its alleged hatred for corporate America into an absurdity.  Moreover, corporate America’s bed with Hollywood can be regularly seen on virtually every commercial.  Most TV ads are politically/socially correct that manages to sell products and leftist propaganda at the same time.  Even more foolish, Hollywood moguls and actors lecture Americans for not living a green enough lifestyle all the while they own fantastic homes, fly in private jets, sail in yachts, own any number of cars, and spend their lives partying away on the dirty sidewalks of Broadway.

Historically and politically, Hollywood has revised history to give us an Anti-American leftist view of the world that is actually far worse than the alleged ‘colonial’ disease they were/are trying to cure.  The only thing worse than the colonialism of England and America are leftist socialist experiments that murdered more than 100 million people in the 20th century in the name of Social Darwinist political progress that makes McCarthyism look like child’s play.

Hollywood’s artful images have divorced many Americans from actual history and the great difficulties of real life that historical books describe in great detail.  The Left and its MSM news media, however, largely dismiss the past as something irrelevant.  They believe they can easily transcend the past and progress beyond historical limitations through their leftist revolutionary politics – and the fictional fantasy of Hollywood art goes a long way in imaging such political fantasies onto the American conscience with high hopes and great expectations.  Yet, that much of the repertoire of comedic late night shows consists largely of the daily news should sober people up to think more seriously about life than they do, but Hollywood helps them laugh it off so that its true madness becomes lost in the bedazzlement of entertainment.

Images are very powerful and the great success of Hollywood demonstrates this.  It has been said that pictures speak a thousand words.  Indeed they do.  Images thus can be easily interpreted, manipulated, controlled, and propagandized in any number of different ways.  Worse, images also appeal to the baser instincts of human life since no content or thinking is required.  It is easy to watch and be a spectator.  The God of the Hebrew Old Testament constantly warned His people about worshiping graven images at the expense of His written word.  It is no coincidence that Hollywood has directed most of its ire against the Judeo-Christian biblical tradition by flooding the American soul with 24/7 imaging.  In so doing, Hollywood has replaced the colonial sins of Thanksgiving with ghastly ghoulishness of Halloween where razor sharp images of sex, violence, and death have been seared onto the American conscience through the powers of the motion picture.

Copyright October 2017 by R. Mark Musser on The American Thinker.