The Snows of Rainier by R. Mark Musser

Eco-terrorists, Nazis have a lot in Common by R. Mark Musser 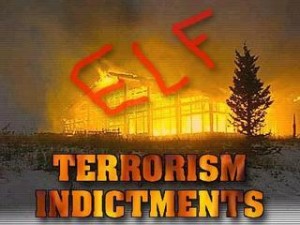 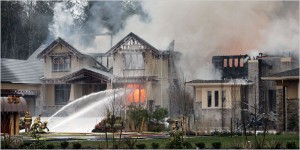 During the 2008 Legislative session, on the brink of the impending credit mortgage crisis that would soon envelop the country, Gov. Christine Gregoire trumpeted that she was facing the economic meltdown head on by going after what she believed was at the heart of the looming credit crisis — predatory lenders.

Gregoire signed two ACORN-backed bills targeting predatory lending, SB 6381 and SB 2770, and then financed a mortgage-counseling program via SB 6272, whereby community activist organizations (like ACORN) could receive up to $350 a pop from Washington state coffers for each counseling session.  A total of $1.5 million dollars was earmarked for this piece of legislation, half of which was spent on advertising.

Of course these so-called predalory subprime loans should have never been offered in the first place — and would not have been, had it not been for the Community Reinvestment Act (CRA) signed by Jimmy Carter in 1977, and then greatly strengthened during the Clinton Administration. Under the guise of ending discriminatory lending, the CRA required banks to make a certain amount of loans to low-income and minority recipients, even if approval of such loans meant relaxing underwriting standards.

The government essentially mandated that lending institutions offer welfare mortgages to the down-and-out of society.  These types of risky subprime loans became so commonplace that Freddie Mac dubbed them NINA Mortgages, short for “No Income-No Assets” mortgages.  Of course, right after the 2008 legislative session, ACORN set up shop in King County as the first nonprofit mortgage broker in Washington state, peddling sub-prime loans to the downtrodden in the name of social justice.

Gregoire’s focus on predatory subprime lending as Public Enemy No. 1 is interesting given her connection to some of the characters that orchestrated the subprime lending fiasco.  In June 2008. Gregoire received $3,200 for her gubernatorial campaign from Penny Pritzker in Chicago, known by many as the “Queen of the Sub-prime Mortgage Crisis.”  A member of Chicago’s billionaire Pritzker family, she was an owner and chair of the board of Superior Bank of Chicago for five years. which collapsed in 2001.

While Pritzker was no longer with Superior Bank when it finally failed. she played a vital role in developing the infamous sub-prime mortgage scheme that laid the groundwork for the rest of the country.  According to financial and bank fraud whistleblower Timothy Anderson, “The (sub-prime) financial engineering that created the Wall Street meltdown was developed by the Pritzkers and Ernst and Young, working with Merrill Lynch to sell bonds securitized by sub-prime mortgages.  The subprime mortgages were provided to Merrill Lynch, by a nation-wide Pritzker origination system, using Superior as the cash cow, with many millions in FDIC-insured deposits.”

Investigative reporter Dennis Bernstein concluded, “…if you traced toay’s subprime crisis back to its origins, you would come upon the role of the Pritzkers and Superior Bank of Chicago.”  The Pritzker family was forced to pay $460 million in fines through a settlement with the government for its part in the subprime scheme.  Little did anyone know at the time that Superior Bank failure would be a harbinger of things to come.

Gregoire also received $3,000 from James Johnson of Persues, LLC.  The New York Times labeled Johnson as the symbol of the excesses that led to the financial meltdown.  In June 2008, he resigned in disgrace from Obama’s presidential campaign because of his alleged involvement in the Countrywide scandal (like Superior Bank, Countrywide was implicated in the sub-prime mortgage mess).  Johnson also served as CEO of Fannie Mae, where it was discovered he had improperly deferred $200 million in expenses, enabling him and other top executives to receive substantial bonuses.