THE EASTER MYTHOLGY OF MODERN PROGRESSIVISM by R. Mark Musser

Modern progressivism, belief in human progress, various brands of socialism, and even communism itself, are all steeped in a modern philosophy of history that is rooted in the Judeo-Christian apocalyptic tradition.  Unlike the Greco-Roman world that believed history was either strictly secular or inextricably bound up with pagan notions of Eternal Return reflecting the circular cycles of nature, many socialist and political progressives often presume the historical future itself is linear, eschatological, redemptive and utopian.  In Christian theology, eschatology means the study of the last things which views history as linear process rushing toward an apocalypse of final judgment and salvation.  Strangely enough, modern progressivism believes likewise, albeit dressed up in secular terminology and political evolutionary jargon.

Plato’s Republic (360 B.C.) may have been viewed as a utopian ideal, but the classical mind never believed the historical process itself was heading towards a fulfillment of that particular goal. Thus, while modern leftists routinely mock the Judeo-Christian apocalypse prophesied in both the Old and New Testaments that promises an eschatological goal of ultimate judgment and salvation, they remain completely unaware how they themselves are false prophets of what can easily be characterized as secular apocalypticism and/or millenarianism.  Millenarianism is the belief of many Christians that at the end of history there will be a Messianic utopian kingdom set up on the earth after the Second Coming of Christ before the eternal state (Revelation 19-22).

Karl Marx prophesied a future utopian state of communistic humanism free from all class divisions at the end of history after a violent eschatological battle with capitalism.  National Socialism predicted a millennial 1,000 year Reich based on keeping Nature’s biological evolutionary laws of racial hygiene.  More contemporary forms of socialism are less ominous, but still hubristically believe in the gradual and progressive perfectibility of man.  Today, the United Nations is propagating its own eschatological Millennium goals where poverty will end, hunger will stop, universal education will be provided, the sexes will be equalized, peaceful global partnerships will be created together with a green utopia of environmental sustainability.

Paradoxically, while many Protestants were strongly developing apocalyptic millennial views during the 1800’s on a scale not before seen in church history, the political left was writing up their own eschatological plan for human history on a parallel secular track.  In particular, Marxists and socialists hotwired political science with eschatology by secularizing the Judeo-Christian Apocalypse.  Apocalyptic prophecies were essentially ripped out their biblical context and then applied to an ever increasing variety of secular events so that much of its social justice was based on a political millennialism loaded with eschatological self-righteousness. 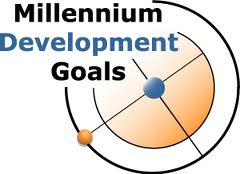 Beginning with the French Revolution (1787-99), the contrast between scientific technological progress on the one hand, and a dark background of social oppression on the other hand, began to strongly insinuate itself into the modern mind.  Teachers, professors, and leaders of modern academia became increasingly preoccupied with social evil throughout the 1800’s.  As such, they began shifting their reasoning powers from the natural sciences to the social and/or political sciences.  More critical, since they believed social evil was not due to the inherent sinfulness of man, it must exist somewhere within the unequal political relationships of society.  The social conditions of society, therefore, needed to be changed – and for revolutionaries like Marx, Lenin, and the National Socialists – the sooner the better.   Remarkably, the technological progress of the natural sciences bred more and more discontentment among social and political scientists.

Such leftist passions for secular redemption has led to insoluble political burdens which continue to haunt the modern mindset as ideologues, policy analysts and politicians foist upon unsuspecting populaces the full crushing weight of their apocalyptic concerns.  One of the most glaring examples of modern secular eschatology is where environmental preachers prophesy a global warming apocalypse that is threatening the entire planet with floodwaters not seen since Noah’s Flood.  Modern environmentalists have managed to profane the apocalypse by trying to saddle governments and their peoples with suffocating burdens and responsibilities that can never be resolved this side of the grave. 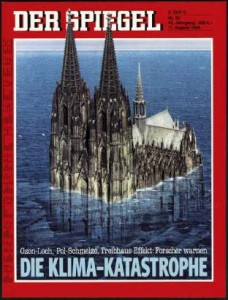 The practice of horrific social engineering schemes by Communists and Marxists turned the 20th century into one gigantic socialist slaughterhouse that affected the lives of hundreds of millions of people, not to mention the virtual slavery that was left behind in the lives of those who were not sacrificed.  By taking salvation into their own secular hands, they tried to convert history itself into an evolutionary forum of political science in which utopian man will develop himself into an entirely new man not beset by limiting or unfavorable social circumstances that once was known as the Fall of mankind.  Progressivism tried to sow utopia but reaped catastrophe instead.

Mixing political science with eschatology invariably leads to science fiction.  Modern progressivism has willfully confused mundane evolutionary changes that historically occur within societies with various forms of political salvation.  As such, they are religiously and blindly devoting themselves to political myths that they themselves will never be able to enjoy.  Marxism, socialism, and environmentalism are apocalyptic myths of the modern leftist imagination.  Yet the debt incurred by their dreams is billowing up into a potential financial Armageddon. 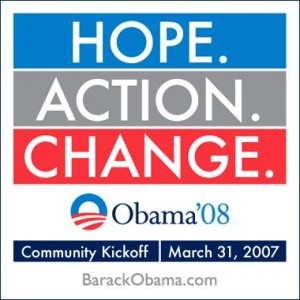 Furthermore, the political disillusionments and grave disappointments many Marxists, socialists, and environmentalists often complain about cannot be ameliorated by a future utopian state as they so often presume.  The suffering of the past is already a historical fact that cries out for justice just as much as any future generation that follows it.  Worse, secular eschatology invariably degrades all previous generations to the status of a mere means to a future utopian end that virtually none of its peoples will ever be able to share in for the simple reason they were born at the wrong time.  Secularism and utopian social justice therefore cannot be reconciled.  Such a mixture is contradicted and limited by its own secularization. 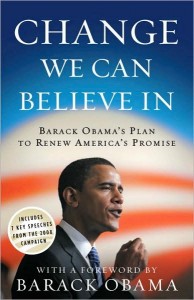 In his critical essay, Philosophies of History, Rolf Gruner aptly concludes, “A man who suffers here and now cannot be consoled by being told that his misery serves a purpose in that it plays its necessary part in ensuring a glorious future for generations still to come. What matters to him is his life, and perhaps that of some of his contemporaries and immediate successors, not the life of people who will be born when he has been long dead; why should he have any interest in being a means to their happiness or perfection? In this respect traditional Christianity is on much stronger ground … for according to its teaching each individual has access to a state of bliss in a future life to which his suffering in this life is essentially related.” 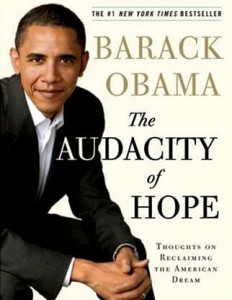 The Bible specifically prophesies a future Messianic and/or heavenly Kingdom of eschatological social justice precisely because it presumes and predicts the resurrection of the dead.  Without the resurrection of the dead, a hopeful goal-orientated redemptive view of history is utter nonsense – something which the classical world would have well understood.  Modern progressivism and eschatology is a confusion of categories and contradiction of terms to which Winston Churchill once quipped, “There are two places only where socialism will work; in heaven where it is not needed, and in hell where they already have it.”